This is not a manifesto. Manifestos provide a glimpse of a world to come and also call into being the subject, who although now only a specter must materialize to become the agent of change. Manifestos work like the ancient prophets, who by the power of their vision create their own people. Today’s social movements have reversed the order, making manifestos and prophets obsolete. Agents of change have already descended into the streets and occupied city squares, not only threatening and toppling rulers but also conjuring visions of a new world. More important, perhaps, the multitudes, through their logics and practices, their slogans and desires, have declared a new set of principles and truths. How can their declaration become the basis for constituting a new and sustainable society? How can those principles and truths guide us in reinventing how we relate to each other and our world? In their rebellion, the multitudes must discover the passage from declaration to constitution.

Early in 2011, in the depths of social and economic crises characterized by radical inequality, common sense seemed to dictate that we trust the decisions and guidance of the ruling powers, lest even greater disasters befall us. The financial and governmental rulers may be tyrants, and they may have been primarily responsible for creating the crises, but we had no choice. During the course of 2011, however, a series of social struggles shattered that common sense and began to construct a new one. Occupy Wall Street was the most visible but was only one moment in a cycle of struggles that shifted the terrain of political debate and opened new possibilities for political action over the course of the year.
Two thousand eleven began early. On 17 December 2010 in Sidi Bouzid, Tunisia, twenty-six-year-old street vendor Mohamed Bouazizi, who was reported to have earned a computer science degree, set himself on fire. By the end of the month, mass revolts had spread to Tunis with the demand, “Ben Ali dégage!” and indeed by the middle of January, Zine el-Abidine Ben Ali was already gone. Egyptians took up the baton and, with tens and hundreds of thousands regularly coming out in the streets starting in late January, demanded that Hosni Mubarak go too. Cairo’s Tahrir Square was occupied for a mere eighteen days before Mubarak departed.
Protests against repressive regimes spread quickly to other countries in North Africa and the Middle East, including Bahrain and Yemen and eventually Libya and Syria, but the initial spark in Tunisia and Egypt also caught fire farther away. The protesters occupying the Wisconsin statehouse in February and March expressed solidarity and recognized resonance with their counterparts in Cairo, but the crucial step began on 15 May in the occupations of central squares in Madrid and Barcelona by the so-called indignados. The Spanish encampments took inspiration from the Tunisian and Egyptian revolts and carried forward their struggles in new ways. Against the socialist-led government of José Luis Rodríguez Zapatero, they demanded, “Democracia real ya,” refusing the representation of all political parties, and they forwarded a wide range of social protests, from the corruption of the banks to unemployment, from the lack of social services to insufficient housing and the injustice of evictions. Millions of Spaniards participated in the movement, and the vast majority of the population supported their demands. In occupied squares the indignados formed assemblies for decision-making and investigative commissions to explore a range of social issues.
Even before the encampments in Madrid’s Puerta del Sol were dismantled in June, the Greeks had taken up the baton from the indignados and occupied Syntagma Square in Athens to protest against austerity measures. Not long after, tents sprang up on Tel Aviv’s Rothschild Boulevard to demand social justice and welfare for Israelis. In early August, after police shot a black Briton, riots broke out in Tottenham and spread throughout England. 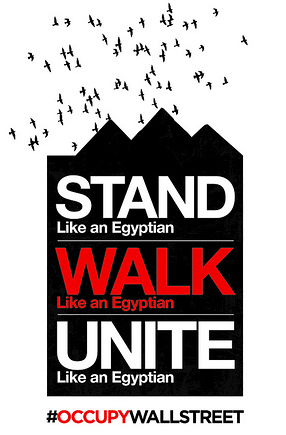